One thing you should know about me is that I love random road trips. A few years ago, I had some extra vacation time and a wandering lust. While looking at the map for a destination, I decided on Maine, just because I’d never been there.

I live in New York. No, not New York City. The closest big city to me is Syracuse. It’s right smack in the middle of the state. Perfect location because Buffalo, NYC and the neighboring states are all under 5 hours in any direction.

To get to Maine, I could have gone through Massachusetts, but I had just been to MA a few months earlier to see Guns N Roses. So, I decided to take a longer route that would take me through Vermont and New Hampshire on the way to Maine.

On the way to Vermont, just before I was out of NY, I passed the Big Moose Deli store gift shop and turned around to stop in. It has moose, cows and other animal statues on the roof. The merchandise inside was mostly oddly flavored sodas. Definitely worth the stop. 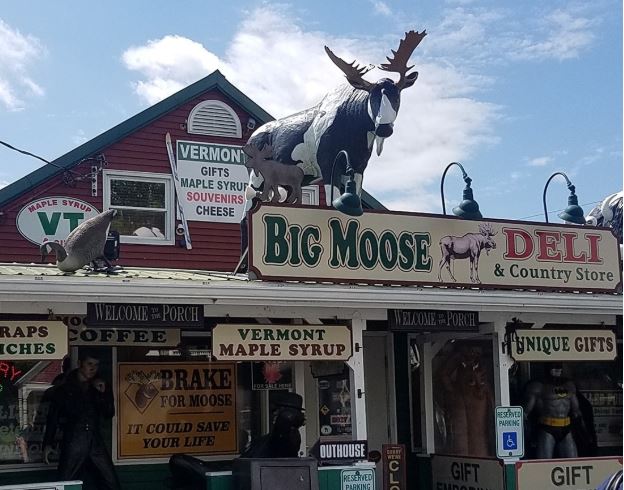 The biggest attraction in Vermont was the still-used covered bridges! I found a few covered bridges on my way to famed poet Robert Frost’s house. (I’m a Literature major; he’s the poet who wrote the poem “The Road Not Taken.” You know –  “two roads diverged in a wood… and I took the one less traveled by.”)

I also discovered the Bennington Battle Monument in Bennington, VT. For $5, you can take an elevator to the top. You can see all the way to New York (state) from one of the windows.

Things I did not get to see in VT:

Montpelier – the capital of Vermont.

Dog Chapel on Dog Mountain – visitors can put a photo of their dog on the walls with a few short sentences saying what their dog meant to them. Dog Mountain is a giant off-leash dog park.

Since this was a weekend trip, I stayed overnight in New Hampshire. It was a generic hotel; just somewhere to sleep. On the trip back through New Hampshire, I decided to go the top of Mount Washington, the highest peak on the East coast.

There are a few different ways to get to the top: you can hike (that’s a no for me,) you can take a very steep train, drive your own car or ride in the tour van. I did the tour van because the tiny mountain road was gravel with lots of sharp turns and steep drop-offs. The van drops you off at the top of the observatory at the top of the mountain and you’re on your own to explore for an hour or so before descending back down the mountain in the van.

Things I didn’t see in NH:

I randomly chose Portland, Maine as my final destination. It was in Maine, on the coast, but not too far up the coast. There were two main things I wanted to see in Maine: lighthouses and the ocean. Portland boasts six lighthouses all within 20 minutes of the city. I saw three of them.

Since visitors aren’t allowed in the real lighthouses, I visited the Portland Observatory. This is a lighthouse-shaped building in the middle of the city of Portland. You can climb the winding steps to the top. At the top, you can walk around the octagonal balcony. 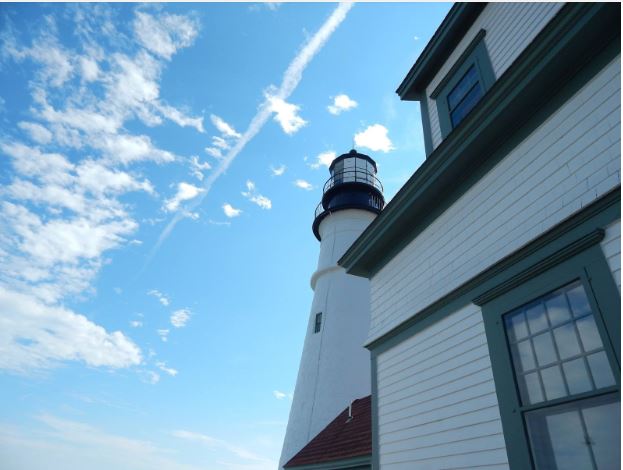 Things I didn’t see in Maine:

Eartha, the world’s largest globe. Not open on weekends. Biggest letdown from the trip aside from:

NO MOOSE! I drove through three different states with Moose Crossing warning signs every few miles and did not spot one single moose. Or a plural moose either.

The amazing view from the Maine coast did not disappoint. 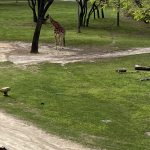 If you are looking to stay at Disney World, it can … END_OF_DOCUMENT_TOKEN_TO_BE_REPLACED

Families looking for some fun while visiting … END_OF_DOCUMENT_TOKEN_TO_BE_REPLACED 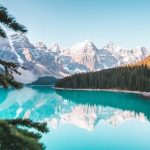 Canada is just across the border from the USA, but … END_OF_DOCUMENT_TOKEN_TO_BE_REPLACED