To many people, Malaga is an international airport they fly into at the start of their Costa del Sol vacation, but the city is much more than that.

The birthplace of Pablo Ruiz Picasso and Antonio Banderas has much to offer. The city is split down the middle between modern Malaga and the city’s historic district, with the latter being the best.

It is impossible to cover all the attractions of the capital of the Costa del Sol in one article, but here are the most iconic attractions you should visit in Malaga.

Malaga’s historic center has many iconic destinations, reflecting the city’s fascinating past. The major location for Roman history in Malaga can be seen at the Roman theater at the bottom of a historic hill where the Moorish Alcazaba fortress stands tall.

A museum on the site informs visitors about the history of the ruins and their excavation. The theater is one of many Roman ruins in the province of Andalucia, some of which were bombed during the Spanish Civil War by Nationalist sympathizers.

The Alcazaba on the hillside above the Roman theater is a palatial construction, which was built in the early 11th century by the Hammudid dynasty on Mt Gibralfaro. This piece of Moorish past is among the best-preserved of all Spain’s Alcazaba ruins and is a fascinating place to explore, with trails going up the hillside. Right at the top is another example of the Moorish occupation of Malaga. Gibralfaro Castle was built in the 10th century. An exploration of the castle reveals panoramic views over the city and the Mediterranean Sea. As a matter of interest, should you stay at the Parador de Malaga – Gibralfaro, right next to the castle, you will enjoy views of the illuminated historic building from the swimming pool.

As mentioned at the beginning of this article, Malaga is the birthplace of the famous artist, Pablo Ruiz Picasso. There are two interesting sites to visit in the historic center relating to Picasso.

One is a museum set in the artist’s birthplace and home in the Plaza de la Merced (above). The other is the Picasso Museum and Art Gallery, where many paintings by the artist have been donated by members of his family.

Shopaholics will find many quaint and interesting stores all over the city, but the main, pedestrian shopping street is Calle Marqués de Larios, or Calle Larios for short. The street hosts a number of designer boutiques with some of Spain’s top brands represented, jewelry stores, banks, coffee shops and restaurants.

A stroll down Calle Larios also features many street performers and human statues, some of which give a special performance when you drop a euro or two in their hat. The street is also renowned for being the site of Malaga’s impressive Christmas lights, with a huge ceremony held each year as they are turned on.

In 2019, Antonio Banderas, the Spanish Hollywood actor, had the honor of pressing the button to turn on the incredibly beautiful light and sound show, followed by a concert in the Plaza de la Constitucion close by.

Banderas has an apartment in the city and is very much involved in these and other ceremonies in Malaga, including the annual Easter celebrations.

Besides Calle Larios, the El Corte Ingles department store is located close by, with floor after floor of luxury products, including cosmetics, fashion, home-ware, books, DVDs, electronics and more.

Among the many museums in Malaga, one really stands out. The Automobile Museum of Malaga is said to be unique in the world. Set in a historic building dubbed “La Tabacalera,” the museum reveals a fascinating private collection of 90 vehicles in 13 thematic rooms.

The vehicles date from the 19th century to today, including iconic cars made by Bugatti, Mercedes, Rolls-Royce, Bentley, Ferrari and Hispano Suiza. A further exhibition relates to Haute Couture of the 20th century and there is an interesting collection of antique luggage items.

Being on the Costa del Sol as it is – with approximately 300 days of sun every year – Malaga also has very impressive clean, sandy beaches, stretching along the coastline.

The beaches are backed by all the necessary amenities, including thatched parasols, sunbeds and the iconic “chiringuitos” of Spain – a series of beach restaurants and bars, dotted along the coast. Each offers delicious, freshly barbequed sardines and a variety of “catch of the day” fish and seafood. This article only lightly touches on the many attractions of this great city. Watch this space for more information!

Make a point of tagging on a few days at the beginning or end of your Costa del Sol vacation, or spend your entire vacation here in beautiful Malaga. 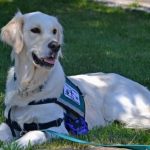 Suppost animals on aircraft in the USA gets a … END_OF_DOCUMENT_TOKEN_TO_BE_REPLACED 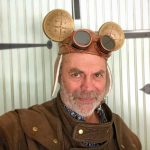 A lot of things are changing at Disney World. The … END_OF_DOCUMENT_TOKEN_TO_BE_REPLACED 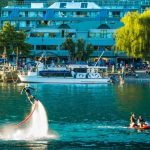 Queenstown in New Zealand should appeal to every … END_OF_DOCUMENT_TOKEN_TO_BE_REPLACED